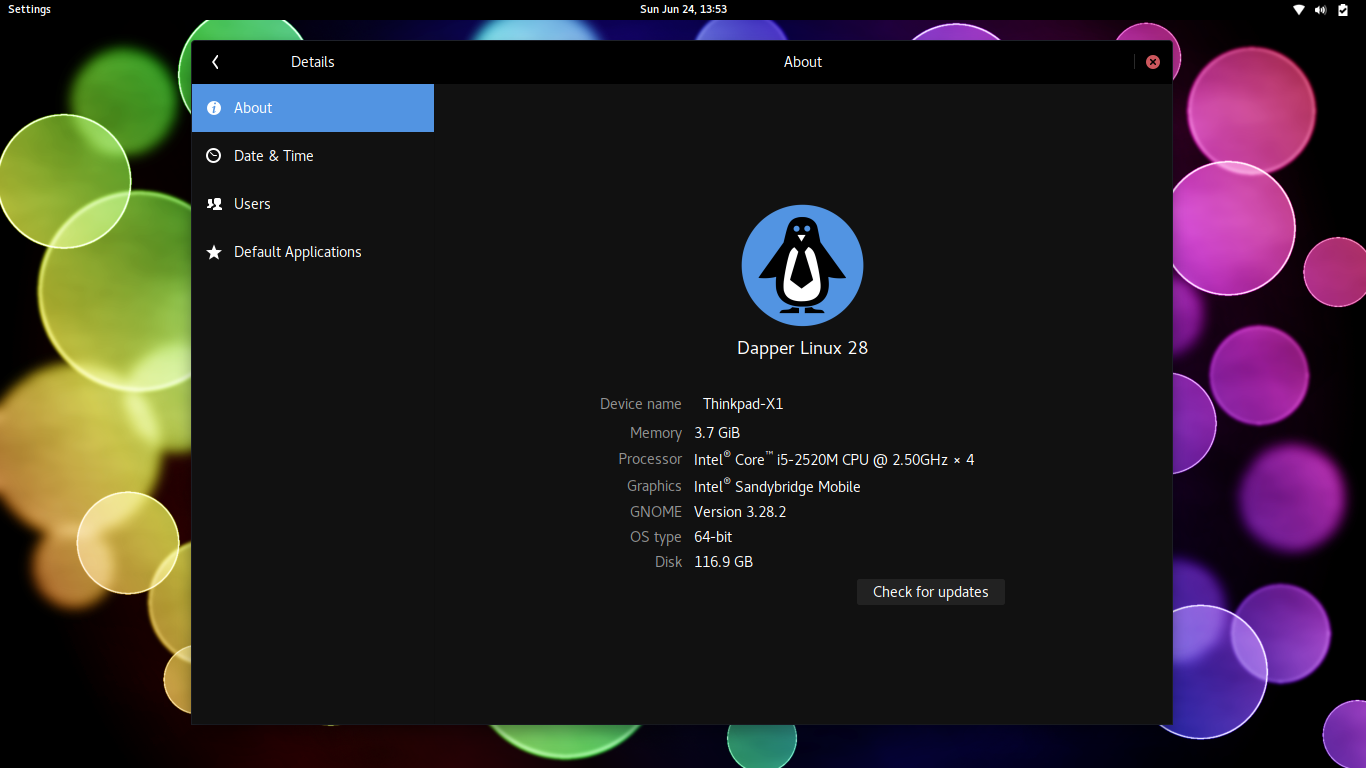 Making Dapper Linux is fun, educational and rewarding. I still enjoy tinkering with the internals and making things more secure, easier to use and better, release after release. - Matthew Ruffell, Founder.

Dark theming has been fixed. There were some problems in Dapper Linux 27 with getting Flatpak to find the dapper-dark theme, even though the theme was packaged correctly and deployed properly. It turns out that Flatpak needs themes to be on GTK branch 3.22, regardless of what GTK version your app targets, and does not support master branch. Anyway, this has been fixed and Flatpak apps now work correctly.

Dapper Linux 28 is based on Fedora 28, and contains the majority of improvements found in Fedora 28, such as Gnome-Shell 3.28, GCC 8, and more. Flatpak is also getting more mature, and is turning into an excellent sandboxing framework. I am very happy with the decision to switch from Oz to Flatpak, starting with Dapper Linux 27. Of course, I wish the Subgraph crew all the best with Oz development, although it appears it is now unmaintained.

This probably deserves a blog article on its own, but more and more small projects are losing support and their primary developers are starting to either move on, or give up. It's sad to see, since operating small independent outfits gives you a freedom you can't really appreciate if you are a part of a larger company. CopperheadOS, Subgraph OS, Minipli's grsecunoff fork and Alpine's hardened kernel have either started winding down, or are starting to go unmaintained. I'll keep Dapper Linux going as long as I can, but I am aware that the security space is getting smaller, every day, and that someday it might happen to me, too.